Established in 1954, the Jewish Community Foundation of Los Angeles is the largest manager of charitable assets and the leader in planned-giving solutions for Greater Los Angeles Jewish philanthropists.  The Foundation currently manages assets of $731 million (as of Dec. 31, 2010) and ranks among the 11 largest Los Angeles foundations.  In 2010, The Foundation and its more than 1,000 donors distributed $52 million in grants to hundreds of organizations with programs that span the range of philanthropic giving.

The mission of Joshua Venture Group is rooted in the concept of a dual investment — in visionary leaders and in groundbreaking ideas. We believe that the cultivation of both leaders and the enterprises they seek to build has that much more potential to profoundly impact the Jewish world and the world Jewishly.Joshua Venture Group invites the next generation of Jewish social entrepreneurs to the communal table to achieve their visions for social impact. Through our intensive two-year Dual Investment Program, emerging leaders gain the skills, resources, and exposure to enable them to grow and sustain their ventures, as well as to complement the existing mainstream Jewish infrastructure.

AVI CHAI is a private foundation established in 1984 which functions in the United States and in Israel. Eventually AVI CHAI intends to function in all regions with major Jewish populations.Whereas we are committed to the perpetuation of the Jewish people, Judaism, and the centrality of the State of Israel to the Jewish people, the objectives of AVI CHAI are simply stated: 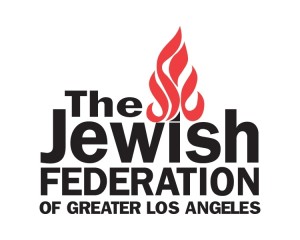 Based on Jewish values, The Jewish Federation of Greater Los Angeles convenes and leads the community and leverages its resources to assure the continuity of the Jewish people, support a secure State of Israel, care for Jews in need here and abroad, and mobilize on issues of concern to the local community, all with our local, national, and international partners.

Builders of Jewish Education is dedicated to enhancing quality, ensuring access, and encouraging participation in full-time, part-time, and informal Jewish education throughout the Jewish communities of greater Los Angeles.  Affiliated institutions represent the broad spectrum of Jewish religious movements and serve children and their families from “Mommy and Me” through high school.  BJE was founded in 1937 as the Bureau of Jewish Education, a department of the Los Angeles Jewish Federation and became an independent 501(c)(3) not-for-profit organization in 1991.

Jewish learning is the foundation of vibrant Jewish living. BJE, a center of excellence, will ensure present and future generations of knowledgeable Jews who are committed to their religious and cultural heritage and an enduring connection with Israel. Through promoting lifelong Jewish learning, BJE will play a vital role in fostering meaningful Jewish continuity and strengthening contemporary American Jewish life.

The Mission of New Community Jewish High School is to raise up a new generation of Jewish leaders for whom Jewish values and tradition shape and guide their vision, and for whom knowledge creates possibilities for moral action, good character, and shalom.

Shalhevet offers a college-preparatory dual curriculum, designed not only to promote spiritual, moral, and intellectual growth in our student body, but also to prepare them for future academic success.

Valley Torah’s  mission “is to provide an excellent Torah and College Preparatory program that inspires our students to lead lives dedicated to Torah values, the pursuit of higher education and personal growth, resulting in a successful interface with an ever changing world.”